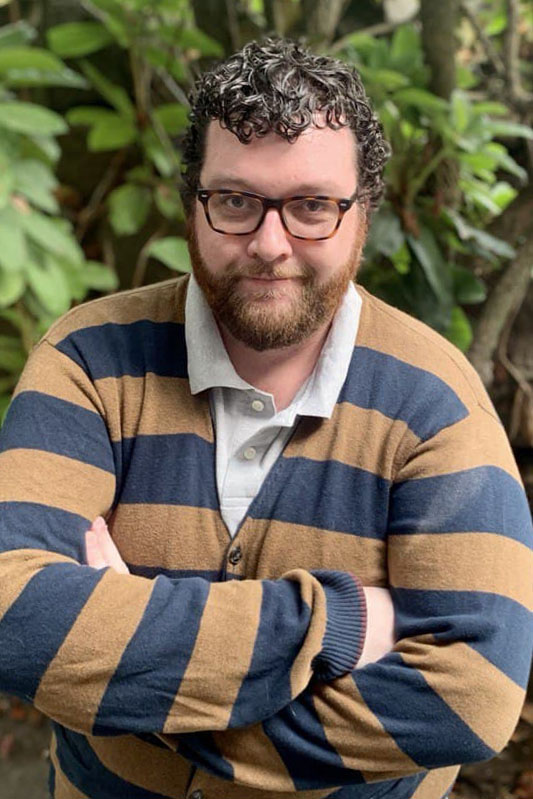 Dillon Connelly rigorous training in informal science education began at age 5 when he convinced his parents to take him to the National Museum of Natural History in Washington, D.C. for the third time in as many weeks. Since then, he has earned an A.S. in Culinary Arts from Johnson & Wales University, a B.S. in Geology and a B.A. in Biology from the University of Rhode Island, and an M.A. in Museology from the University of Washington. Before joining the NCIL team in August 2021, Dillon contributed to studies and projects at the Seattle Aquarium, the Burke Museum of Natural History and Culture, the Roger Williams Natural History Museum and Planetarium, the Rhode Island Museum of Science and Art, and the Puget Sound Museum at the University of Puget Sound.

When not excitedly talking about science, he can usually be found with his head in a science fiction or fantasy novel shamelessly stealing ideas for his next tabletop RPG campaign or working towards his lifelong Sisyphean quest to bake the perfect macaroni and cheese.