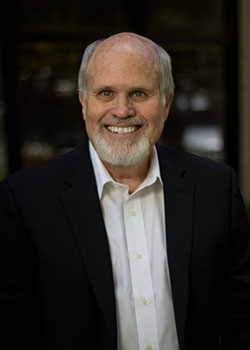 In 1978 Paul was awarded an Advanced Study Fellowship from the National Center for Atmospheric Research. In 1980 he was awarded a National Research Council Fellowship for a space plasma research project at NOAA's Space Environment Lab. He was a Research Associate at the University of Colorado, Boulder from 1982-1990. In September of 1989, he became the Program Director of the Magnetospheric Physics Program at the National Science Foundation. He remained in that position until June of 1991, when he returned to the University of Colorado as a Senior Research Associate and Co-director of the Space Plasma Physics Group.

In October 1992, Paul was appointed Executive Director of the Space Science Institute (SSI), a nonprofit research and education organization, located in Boulder, Colorado. In 2010, SSI's Board of Directors appointed him Director of the National Center for Interactive Learning. He has served on many research and education committees and agency review panels and developed a successful workshop series to help scientists and engineers learn how to implement an effective formal and informal STEM education program. He led the development of major national traveling exhibitions: Electric Space, Space Weather Center, MarsQuest, Destination Mars, Alien Earths, Giant Worlds, and recently Great Balls of Fire: Comets, Asteroids, and Meteors. Currently he directs the Space Weather Outreach program and the national library exhibition program called STAR_Net (in partnership with the American Library Association). Two STAR_Net exhibitions will be developed: Discover Earth and Discover Tech. He has also led and participated in numerous professional development workshops for classroom and museum educators.