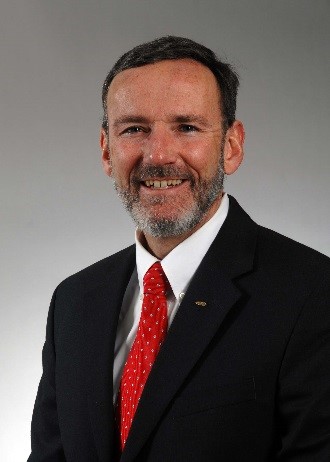 Dr. Steve Jolly is a newly retired executive from Lockheed Martin as of Sept 2022, finishing a 40-year career in aerospace that involved McDonnell Douglas, CU-Boulder and over 26 years at LM. He was most significantly the chief engineer (CE) for the Commercial Civil Space line of business which is involved in human and robotic deep space exploration, and weather satellites and instruments. He has had numerous CE, chief system engineer and program manager roles in his career. He is a 2007 recipient of the NASA Public Service Medal for distinguished service, the 2019 Distinguished Engineering Alumni Award from CU, and the 2022 Outstanding Alumni Award for Commercial Enterprise from CU. He is a longtime member and the former chair for both the board of directors for the Space Science Institute (SSI). He has a BS and PhD. in aerospace engineering from CU-Boulder, an M.S. from Florida Tech. He is chair emeritus for the external advisory board for the Smead Department of Aerospace Engineering Sciences at CU. He is an accomplished expedition mountaineer and has led expeditions to climb Denali in Alaska, as well as having over a hundred other ascents in North America. For the last 15 years he and his kids have taken up track racing Miata's, all over the country for fun and pleasure (not trophies). He has been married to his wife Bonnie for 37 years and they are long-time mountain residents of Bailey, CO where they have horse property. They have seven children and one grandchild, ranging in age from 14-35, five of which are adopted. Steve and Bonnie have home-schooled all seven children and enjoy serving their church and community.