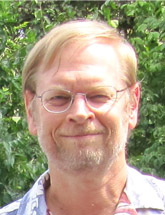 His current work is focused primarily on the nature of "transitional" and "pre-transitional" disks. These object are young stellar disks with zones that are cleared of material, and where the clearing is most likely due to the presence of planetary-mass objects. Recent targets of investigation include the "gapped" disks of V1247 Ori and SAO 206462, which were investigated using a combination of interferometry, coronagraphy, and spectrophotometry. These systems seem to contain material with spiral patters indicative of planet-disk interactions. In 2013 Mike became a member of the Strategic Exploration of Exoplanets and Disks with Subaru (SEEDS) consortium. SEEDS has been obtaining some of the best high spatial resolution images of young stellar disks in recent years. Officially the "Post-SEEDS" consortium continues high spatial resolution imaging using the SCExAO instrument on the Subaru telescope, and the Atacama large Millimeter/submillimeter Array (ALMA).

Recent results: Combining ALMA data with scattered light imaging of V1247 Ori indicated that the spiral arm seen in scattered light was not coincident with the "arc" seen with ALMA, but the latter was an extension of the former. Simulations using smoothed particle hydrodynamics suggest that a massive planet is located in the region where the two structures partly overlap. For SAO 206462, moving shadows were observed in the outer disk, and were likely due to orbiting clumps of material closer to the star.